A productive mindset, you can use for the home, office, and personal life. from biblical times to this day, is one who serves. Service comes first. Followers second. There are other factors concerning leadership, but the bottom line is, leaders, serve. Most of us have people who depend on us in one way or another. Family, friends, co-workers, ourselves. That makes us leaders whether we realize it or not, parental or otherwise. Stands to reason, the more we understand about the subject, the better off we are. I want to share four principles I believe are most important to the success of any leader in any field of endeavor. My top four leadership principles. One of the things I enjoy most when it comes to studying the subject of leadership is the more you learn, the more you realize there is to learn. Let’s visit these top four principles to see what we can learn today.

No matter what type of leader you are, visionary, directional, strategic, managerial, motivational, team-builder, there is one common denominator I believe any leader worth a grain of salt would agree, brush strokes them all: our top 4 leadership principles: integrity, loyalty, reliability, and ability. There are many other factors to consider when it comes to leadership, but these four are the building blocks, the rest is the icing on the cake. below them are in their right leadership positions. No one can afford to waste time trying to turn a visionary leader, into a managing leader, it’s counterproductive. Just as challenging, is making sure those leaders have adopted our top four leadership principles as major factors in their lives. If they haven’t, their leadership style is a formula for disaster.

These rules of the game are not just for big-time leaders of major corporations, no disrespect, they’re for moms and dads as well. Maybe even more so. After all, children are the future.

I believe most of you would agree that the one word that best describes leadership, is influence. Our ability to influence others determines our level of success. Acquiring followers is what leaders do, and that takes influence. I believe we can also agree that just because someone is in a leadership position, appointed, elected, or otherwise, doesn’t necessarily make them a leader. They may have the title, but titles don’t make a leader. Influence does. If they’re not influencing anyone, all their doing is shaking hands, handing out orders, and collecting a paycheck. Whether you’re a boss or the head of your own family, if you’re not the influencer of the people who work for you or your children at home, you need to take a closer look at your leadership skills. If there is a crack in your armor, you need to seal it up. You don’t want people following you because of monetary reasons or intimidation. You want them to follow you because you’re a shining example of a human being as well as a leader.

Leading at the highest level:

What most people are looking for in a leader is someone who makes them feel as if they are a part of something special. That what they do matters. The leader listens, they care, and they love and appreciate people. They know how to lead at the highest level, and the people who follow them know it as well.

There was an article in a fortune 500 magazine quite a few years ago, where they interviewed top executives from all around the country. When asked what they believed was the most important thing concerning their leadership? Their number one answer was also number one on our top four list of leadership principles, integrity. They said once you lose trust, it’s over. You may still hold a leadership position, but you’re nobody’s leader. All you’re doing is taking a walk. Ain’t nobody following.

How to spot a great leader on the job:

You can spot a great leader on the job by who they spend most of their time with on that job. you get all the leaders followers as well. They understand that the best way to grow an organization is to grow the people within the organization. Separating people who have the potential to become leaders from those who are only there to collect a paycheck, is something great leaders are good at. They can spot a jack-ass who is only in it for the money, a mile away. 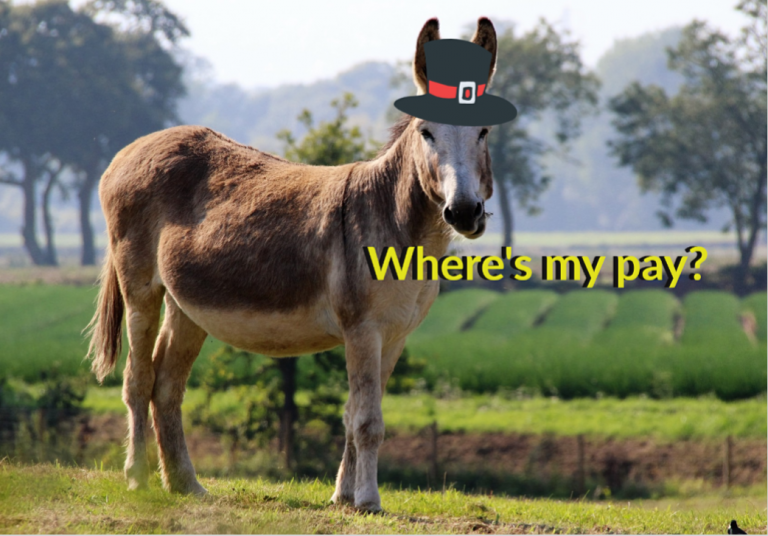 If you’re a leader or aspiring to become one, make sure you have a good understanding of what it takes to be a disciple of the top four leadership principles:

Integrity: People need to know you are trustworthy.

Loyalty: Leaders have an allegiance to the organization as well as the people they work with.

Reliability: People can count on you no matter what the situation.

Ability: Leaders make things happen. If you are a solid leader, things will be moving in the right direction and never stop. At home and work…

As we all know, there is a lot more to leadership than integrity, loyalty, reliability, and ability. There’s self-discipline, personal initiative, attitude, enthusiasm, active faith, to name just a few. But if you don’t get the top four down, especially number one, integrity, you might as well fuhgeddaboutit because no one in their right mind follows a leader they don’t trust, a parent or otherwise. Don’t expect your leader to tell you all their business, but whatever they do tell you, it better be the truth, because, in the leadership game, one lie can do you in

If our top 4 leadership principles are not at the top of your leadership list you need to reconsider. These principles determine how effective you will lead, as well as how long. Missing any one of these four can put your leadership in jeopardy. Missing number one, integrity, can bring it to a screeching halt. People need to know they can trust you.

It’s not only your friends and fellow employees who are watching; your children have an eye on you as well. We teach what we know; we reproduce what we are. Keep that in mind moving forward. Final analysis: it all boils down to our ability to control our mind to the point it stays on track when it comes to the moral standards we set for ourselves. One slip up, and it can all come tumbling down. Controlling one’s mind is real mind power. There isn’t a follower around who wouldn’t like to see that in their leader. Mom, Dad, President of a Corporation, no one is exempt.

Grin and Bear it