Born in West Virginia, I came to live in Baltimore at the age of four and stayed until when we moved to a little community called Lakeland, located on the outskirts of the city when I was eleven. During those formable years, the streets were my parents. Everything I would learn came from those streets. It was the one place I didn’t feel ashamed of being born a bastard child, a fact my mother and step-father never failed to mention. Most of the time, they had too much trouble between the two of them, and their families to pay any attention to me, or the three kids they had between them. Who knows, with their way of looking at life that may have been a good thing? They couldn’t help themselves, it’s who they were. Not bad people, just ignorant. It wasn’t their lack of education that made them that way either. I’ve seen educated people just as ignorant. The SJ part of my name stands for Samuel Joseph. My Mother picked that out of the Bible the day I was born. So they tell me. I imagine she felt giving her illegitimate son two biblical names would lead him to a life of divinity. Boy, did that backfire?

Time for a change:

My initial break from poverty comes the way it usually does for most poor kids, through criminal activity. I was twenty-four the first time I went to prison, three years in the Maryland House of Correction. Twenty-four years later, one hundred and one-months in federal prison for doing one of the stupidest things any grown man could ever do. The gap between prison time had been productive but not productive enough. It was time for a change. I spent every available moment of my eight years behind bars studying anything and everything I could relating to leadership and interpersonal relationship skills. Still do, twenty-five years and counting. The best way I know of keeping myself mentally, physically, and spiritually sharp. I attended college classes and took computer training behind bars as well, but as great as those courses were, and they were great, they didn’t hold a candle to the leadership principles I learned and practiced while incarcerated. Those principles made the difference once I became a free man. Those principles were the winning edge when it came to rebuilding my life after incarceration. The achievements I accomplish once I become a free man would have never taken place without them. 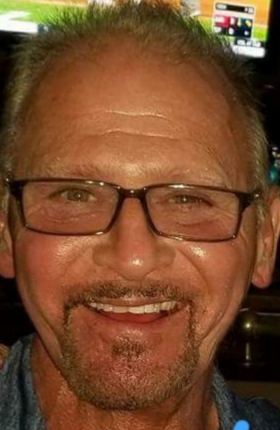 To avoid insulting your intelligence, I would never tell you what to do, but I will tell you that whatever you choose to do, these self-leadership principles I’m passing on will help you do it. I know how high a mountain an ex-offender or anybody else who finds themselves dealing with adversity for that matter, must climb. I know because I’ve made that climb a few times myself. Now I want to help others make it. We all have our mountains in life to climb at one time or another, I know me and my family certainly did, and no matter how high yours may be, and some can be mighty high, don’t ever be afraid to tackle the task. All you have to do is prepare your climbing pack ahead of time, and you’ll reach the peak as long as you don’t give up. I want to help you do that if you’ll let me. I spent every available moment of my eight years behind bars studying leadership and people skills. Still do, twenty-five years and counting. It’s the best way I know of keeping myself in tune, mentally, physically, and spiritually. I took college courses and computer training too, but as great as those courses were, and they were great, they didn’t compare to the leadership principles I learned and practiced while incarcerated and after my release. Those principles were the winning edge when it came to rebuilding my life. The achievements I accomplished once I became a free man would have never taken place without them.